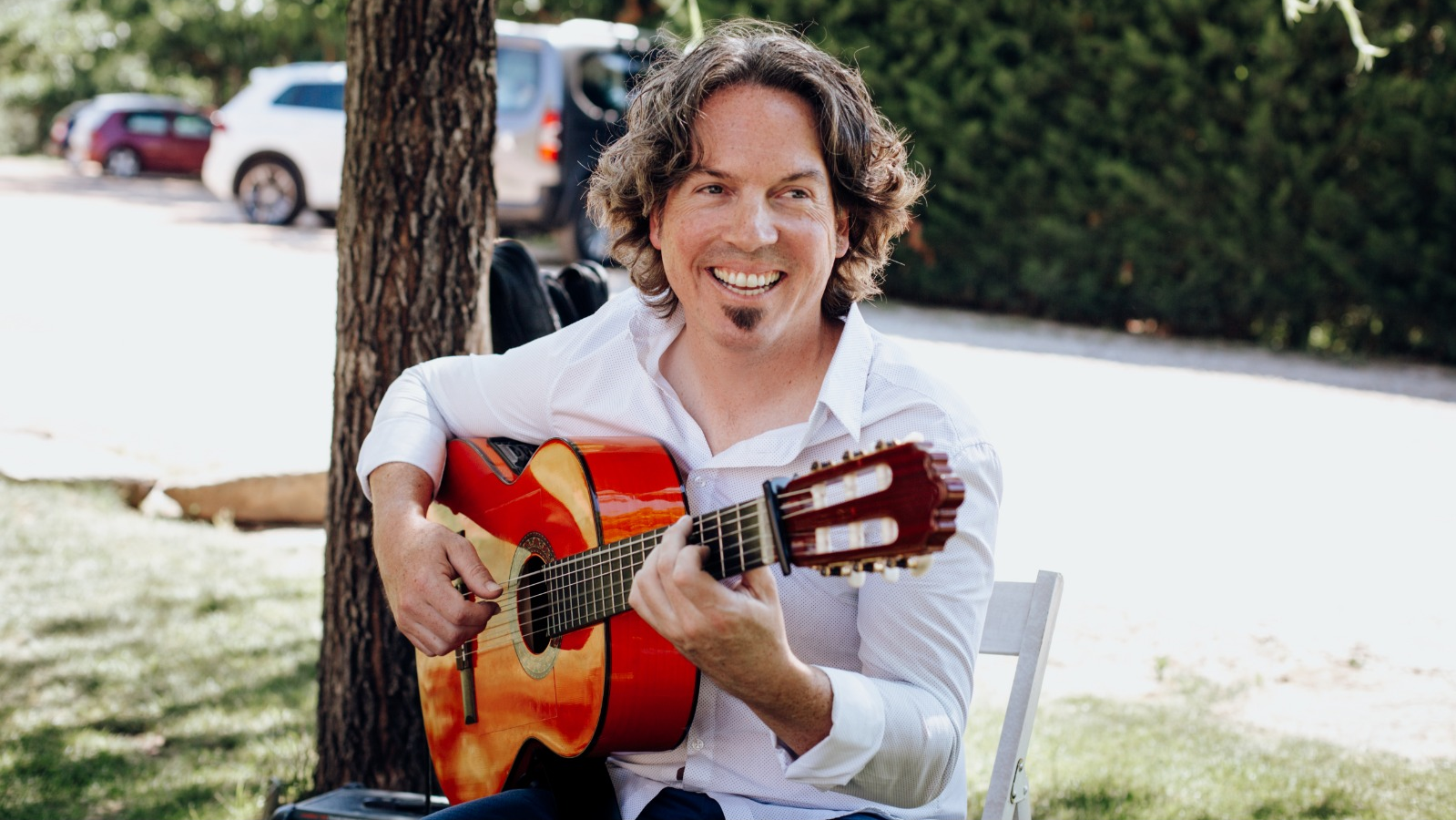 Since 2001 he has worked as a professional guitarist on the Costa Brava, Spain. In 2000 he was awarded Guitarist of the Year at LMS (Musicians Institute) in London, studying acoustic and electric guitar with Eric Roche, Ed Speight and Ivor Goldberg, amongst others.

Whilst living in Spain he studied flamenco at the Liceu Conservatory in Barcelona with Manuel Granados and participated in various masterclasses with Gerardo Nuñez, José Antonio Rodríguez, Rafael Riqueni, Juan Ramon Caro, and Antonio Carrión in Andalusia.

Leave me a message for enquiries about my event services.